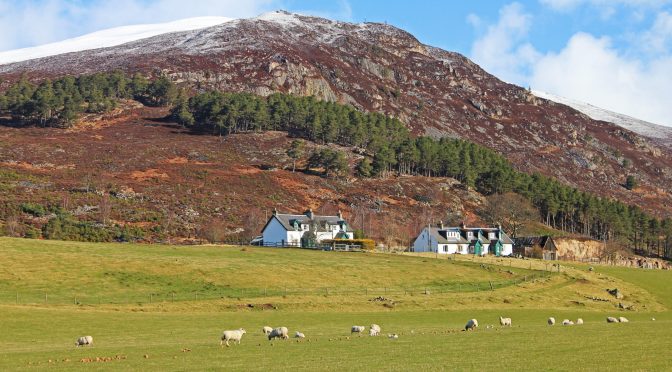 The Estate has had a colourful and eventful history. In the 1860’s when Sir John Ramsden bought it from MacPherson-Grant, he proceeded to plant large areas of Scots Pine from seed selected from the best growing trees of the Caledonian Pine Forest, the results of which can still be seen today in the woods surrounding the Lodge.

In 1905 the Estate was sold to Robert (Bertie) Bovill Whitehead whose father John, and grandfather, Robert Snr, designed and built the famous torpedo of the same name. The family married into some of the most influential in Europe with Bertie’s cousin Marguerite Hoyos marrying the son of the German Chancellor Herbert von Bismark whilst another cousin Frances, fell in love with and married a certain Captain Von Trapp whose story is told in the Sound of Music. Frances was the mother of the 7 Von Trapp children.

The Whiteheads also became well known for their knowledge in deer management and were consequently responsible for initiating a pioneering management policy that was to prove highly successful and from which the estate still benefits today. Probably the most influential of these was G Kenneth Whitehead who has written many books on the subject.

In 1923 Lady Carnarvon bought Alvie from the Whiteheads shortly after the untimely death of her husband, Lord Carnarvon, 5th Earl of Carnarvon. Although she only remained here for 5 years she designed and built a model dairy farm which remained active into the 1950’s despite the inclement climate.

With the reputation as a headstrong businesswoman and always looking to maximise investments, she sold Alvie in 1927 to Alexander Williamson, who was involved in banking in America and forestry and timber in Canada. It has remained within the Williamson family ever since.